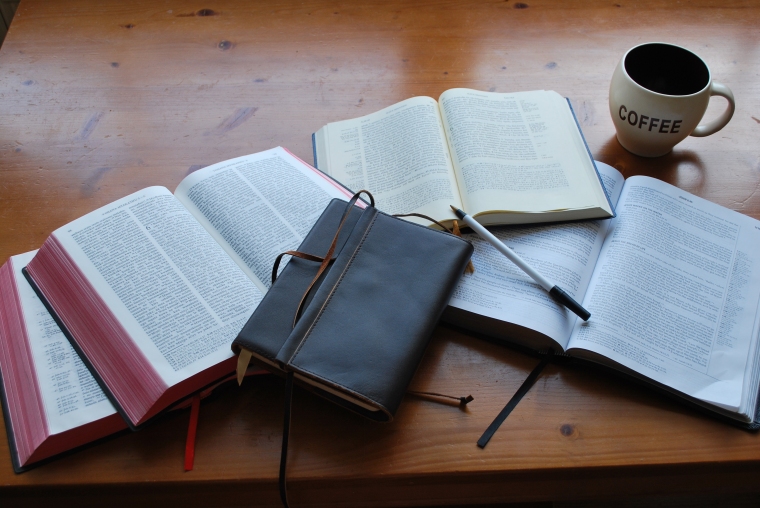 This past week the people over at The Gospel Coalition asked Dale Ralph Martin some hard questions about 1 Samuel 28 the episode involving the witch of Endor (the non-George Lucas one), Saul, and Samuel. As I would expect, Martin does an excellent job with the three questions and you can read his response here. He is asked three questions about the passage:

He lays out the various options, and does a good job explaining question three and two, for the most part. However, Martin is a bit more cautious (surprisingly) than I’d suggest, particularly with the first question. He simply lays out the options and doesn’t give an argument for any one of them in particular. I think we can afford a little bit more specificity than that. Here’s my attempt to do so. In other words, while I don’t disagree with Martin, I think a little bit of elaboration might be in order.

First, Martin notes the various options, which I repeat here for the sake of ease. It could be the case that either the witch actually summons Samuel through the forbidden act of necromancy, the witch summons a demon who merely looks and acts like Samuel, God allows this forbidden means to work so Samuel can appear to convey a message, or the witch is a fraud and is shocked when Samuel actually shows up.

I think we can begin by eliminating some of these options. While it might be possible that this is merely a demon who acts like Samuel, this seems very problematic and should probably be rejected. The message given by what appears to be Samuel seems to very clearly come from God. While it is certainly true that God could use the demons, since he has absolute sovereignty, to convey his message, such a position is not very attractive for two reasons. First, there is the idea of God using an entity with its own distinct will against that will. The very idea that demons were able to rebel in the first place suggests that they have some sort of free will. Likewise, if we are to assume that God is not responsible in any way for our sin we should argue that we have a free will and are not unwilling tools. Thus the idea of God using a creature, even a demon, against its will places in jeopardy all of freedom, including human freedom. Besides, most ethical codes note that it is immoral to use a free person without respect for the ends of the person. This does not mean we cannot stop someone from doing exactly what they want, but to compel them, not through convincing or negative consequences, seems somehow immoral, and I don’t think God ever changes what morality is to fit his purpose (rather he somehow uses and integrates our freely arrived at decisions in his greater plan). It is difficult to see how a demon would willingly convey God’s message considering that everything about their actions is geared towards rebellion against God. However, if this is not convincing, the second reason should be. Even if it is not a moral violation to use a demon in this way, ultimately by making Saul believe Samuel is speaking to him, if it were not Samuel it would be deceptive. Do we really want to say that God engages in deception? Even if God does not directly engage in it in this scenario, if he is allowing a demon to be deceptive in order to convey his own message, this still seems counter to the way in which God acts. Thus I would be inclined to say this is not and cannot have been a demon, but is instead Samuel himself.

This brings us to the second issue. How does Samuel get there? Is he summoned via necromancy? Does God permit it to work? Again, I think it a bit dangerous to assume that God would work through a forbidden and sinful act to directly convey his message (i.e. his message being conveyed is entirely contingent upon a willful sinful act taking place). Besides, we have the bewilderment of the witch herself. Regardless of whether the witch was genuine or a fake, I think we have to accept that Samuel appeared to Saul in order give this message, but that this appearance was independent of the witch’s actions.

Now this presents another problem, particularly for those who have been reading my Tuesday speculative posts. If I maintain that there isn’t an immaterial soul that is entirely separate from our bodies, then what is going on here? The text does not say it was an immaterial spirit that appeared. Instead, it seems that something was seen, which would run counter to the idea of immateriality. Further, the word could mean spirit, figure, object, any number of words that suggest a visible something that can’t necessarily be defined (it could be a body, but needn’t be one). But how would Samuel be seen at that time? There is a term for this that has been taken up and applied theologically called “prolepsis.” It is literally talking about appearance, but it has been elaborated to its more basic sense of seeing ahead of time. In other words, it is a vision, or appearance, of the future. In this instance, on my view, it is seeing the future day when the dead are alive again, and it is this Samuel who speaks to Saul. In other words, the medium is seeing, and Saul is hearing, through time. This is a possibility because of the nature of eternity. When Christ returns and we are transformed, this world remains (though is likewise transformed), but we are no longer bound by only our current space-time. In fact, it seems we exist in a much broader space-time where time as we know it begins to lose or shift in meaning. In this way, the future persons can convey messages with us (by God’s sovereignty) today.

What do you think? Any other problems with this passage? Any other passages you’d like to see covered here?

← Science and Religion Friday: Christianity does have objective criteria
Getting (sorta) political →